We are a team of block chain enthusiasts who believe that the crypto currencies represent our future. These technologies can significantly simplify and make cheaper any process where the people are involved. This is a new round of human’s development, and this means that it’s time for breakthrough technologies, and we are part of this movement.

Our team is composed of professionals who for many years are in the block chain industry. We are constantly in the trend of world news. We monitor all news, in which there is at least one mention of the prefix “crypto”. This means that we confidently can say which altcoins have potential and can fly up and which cannot. At this is not only our work, this is our passion, our life. The full commitment to our business allows us to be in touch with all the latest news of crypto-industry.

WHAT ARE WE DOING?

We are mining different crypto currencies. This means that we collect the “farms” from vide adapters and special ASIC machines for obtaining digital coins. We sell these digital coins on crypto currency exchanges. Therefore, mining and trading are our main types of activity, due to which we receive our profit.

In order to earn at each of the stages, you need to have a clear understanding which altcoins can generate profits to the miner and trader. Some crypto currencies can in future rise in value, and others can be scam, a tentative to rob the investors. We find only those projects which can generate profits to our team and our partners.

Different crypto currency exchanges have own quotation for each cryptoassets. We find the most attractive offer of the market in order to receive maximum profit of mined cryptoassets. Our traders read easily the price movement on the market. This allows us to conduct a successful commercial activity.

WHAT DO WE OFFER?

Our product is the crypto currencies. Nowadays digital coins are solicited assets for receiving profit and conduct of different types of activity. You can use the crypto currency inside of certain projects for performing certain tasks, should it be the payment of housing and public utilities, the purchase of a hamburger or the performance of the money transfer between the continents. There are more than thousands of opportunities of using the crypto. Why should you do this using the crypto currency? The answer is simple: economy. The crypto currency allows you to save 5% to 50% of your money. It is not bad, isn’t it?

The capacities of our mining farms can satisfy any level of demand and provide any necessary amount of crypto currency. You just have to contact us.

Nowadays, the time of fast results, you just cannot hesitate, because the person who starts today will earn more than the person who will start tomorrow. 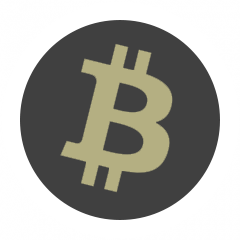 Bitcoin, or bitcoin is a peer-to-peer payment system that uses the unit of the same name to record transactions. Cryptographic methods are used to ensure the functioning and protection of the system.

Bitcoins can be used to exchange for goods or services with sellers, who agree to accept them. Exchange for regular currencies occurs through the online digital currency exchange service, other payment systems, exchange offices or directly between interested parties.

One of the main features of the system is complete decentralization: there is no central administrator or any analogue of it. The mandatory and sufficient element of this payment system is the basic client program. 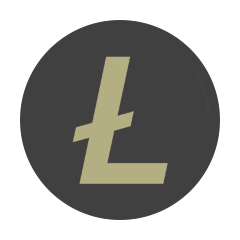 Litecoin is a peer-to-peer online currency that includes almost zero cost payments to anywhere in the world. Litecoin is an open source code, a global payment network, which is completely decentralized and is not under control of any central authorities. Mathematics protects the network and empowers people to manage their own finances. Litecoin has faster transaction confirmation times and a higher storage efficiency than the leading math-based currency. With strong industry support, trade circulation and liquidity, Litecoin is a proven means of commerce in addition to Bitcoin.

Ethereum (Ethereum, eng. Ether [ˈiːθə] - “ether”) is a platform intended for creating decentralized online services based on blockchain (decentralized applications) that work with smart-contracts. It is implemented as a single decentralized virtual machine. It was proposed by the founder of Bitcoin Magazine Vitalik Buterin at the end of 2013, and the network was launched on July 30, 2015.

Ethereum technology allows registering any transactions with any assets on the basis of a distributed base of blockchain type contracts, without resorting to traditional legal procedures. This feature is competitive with the existing transaction registration system. According to The Economist magazine, smart contract technology marks a new era in the financial technology. 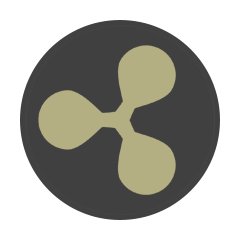 Ripple is a cryptocurrency platform for payment systems, focused on operations with currency exchange without chargebacks. It was developed by Ripple. Its peculiar feature is the consensus register (ledger). The system was launched in 2012. The protocol supports “tokens”, which represent fiduciary money, cryptocurrency, exchange goods or other objects, such as frequent flyer miles or minutes of mobile communication. At its core, Ripple is based on an open, shared database, and uses an approval process, which allows exchanging in a distributed process. The internal cryptocurrency of the Ripple network is called XRP.

In November-December 2017, Ripple announced that American Express and Santander intend to use the Ripple protocol for payments between the United States and Britain.

In September 2018, the Ripple team announced the integration of RippleNet technology into the National Commercial Bank[en], which is located in Saudi Arabia and is one of the largest banks in the Middle East.

If you have any question?